Parkour Through An Abandoned Tokyo in Bubble!

Parkour Through An Abandoned Tokyo in Bubble! 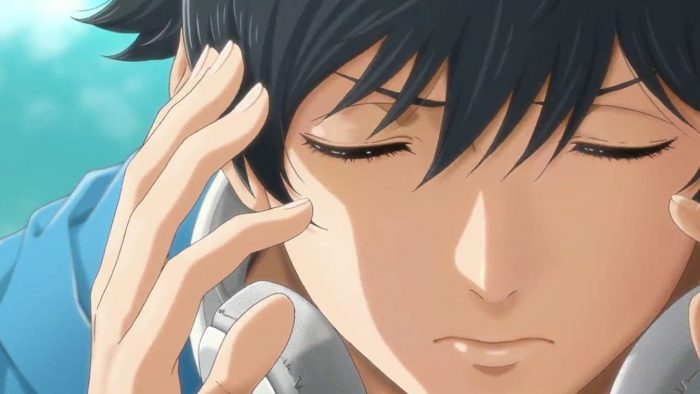 Bubble might sound like a silly name for a movie but when we heard that this anime film was being helmed by WIT Studio…you know we didn’t care about the title. Top that off, with a story written by Gen Urobuchi-who is famous for his work on Fate/Zero, Phantom of Inferno, and Puella Magi Madoka Magica to name a few-and directed by Tetsuro Araki-Death Note and the first three seasons of Attack on Titan-our antennas here at Honey’s Anime went straight up! That’s why when Bubble was finally released on Netflix thanks to Warner Bros. Pictures, we stopped what we were doing and went to watch it with our eyes glued to the screens. Was Bubble what we had hoped for or were our own bubbles popped? Let us find out in our review of Bubble!
This is Definitely a Gen Urobuchi Story 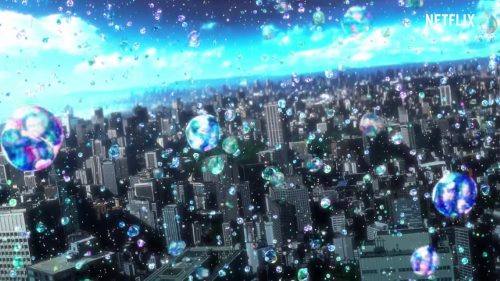 Bubble might have an innocent-sounding name for a movie, but those who know the works of Gen Urobuchi should know his penance for making some rather dark/bitter-sweet stories even when they try to deceive their audience. Bubble is no exception as it bleeds a parkour narrative with a dark romance tale-akin to The Little Mermaid-and some supernatural themes for good measure. These genres fusing together kept us constantly guessing what would happen next in Bubble and made the film engaging and captivating. The parkour game that is being played in Bubble feels like a bit of a missed opportunity-as we only see it occur a couple of times throughout the nearly two-hour runtime-but overall we were quite satisfied with Bubble and how it played out.

A Soundtrack Worth Getting Lost In 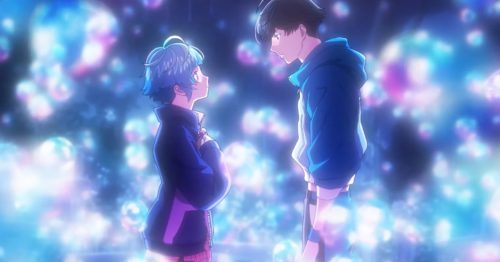 Anime movies can fail if the soundtrack doesn’t match the tempo of the story and the rhythm of suspenseful moments. Bubble doesn’t have to worry as it has some legendary creators behind its OST. The opening is done by Eve and the soundtrack is handled by Hiroyuki Sawano, the legend behind the Attack on Titan soundtrack and numerous other anime series, which ends up being the ideal duo for this film. The ending song isn’t forgettable either, done by Riria. Bubble is a movie that’s musical score should be awarded for being so powerful and fitting the entire movie flawlessly. If and when this OST reaches the west, we will be buying it without hesitation! Yes, folks, it’s that great!

Those Bubbles Look So Real 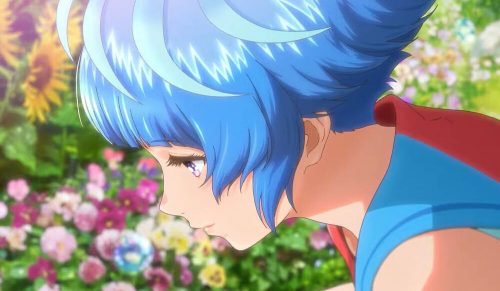 Can WIT Studio make bad-looking anime? That was our first question before beginning Bubble and by the end, we realized there is no way that is indeed possible. While Bubble might not be their most impressive animation ever it does have some eye-catching moments that really show their skills as an animation studio. From the character models to the scenes where parkour comes into focus-especially when Uta and Hibiki are running through the sky-Bubble can honestly blow you away. We didn’t ever see a scene or particular moment that Bubble didn’t look incredible and that is why we’re convinced WIT Studio will never disappoint when it comes to making quality anime works whether they are creating an anime movie like Bubble or a series. 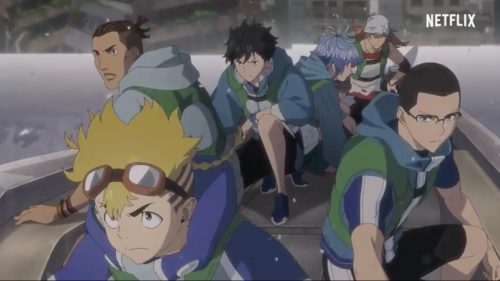 If Bubble has any major flaw it would be with its primary cast which are kind of forgettable. It pains us that for the most part, Bubble has some interesting characters and we loved that one of the main parkour veterans in Bubble is actually handicapped-which is refreshing and enlightening-but most of the cast is just downright there with little purpose. Hibiki and Uta steal the show as the most skilled runners and their plight is the central focus of the latter half of the film but others in Bubble feel like fodder to just ensure the spotlight is on the two central figures. Maybe if Bubble was an anime series or a longer movie other characters and their backstories could have been fleshed out more but most do very little to be generic figures in this intriguing story. 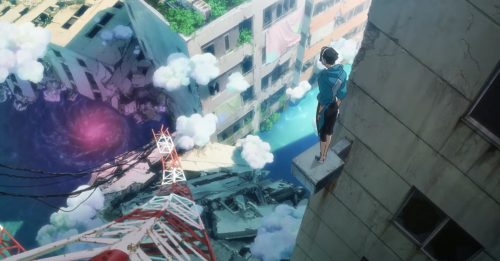 Bubble is probably going to leave viewers with a mixed set of emotions. While it isn’t a perfect anime film and has some rather weak elements, we came out of our viewing of Bubble with a lot of feeling that rarely do anime movies get from us. Bubble is a movie we’d recommend watching at least once as it might have just enough going for it to be an experience you’ll be talking about with friends and anime fans for some time.
Have you already watched Bubble or plan to now after reading our review? Comment below to let us know! We have plenty more anime reviews and articles to be found in our master parkour hive here at Honey’s Anime!
Writer

Author: Aaron
Hey everyone I’m Aaron Curbelo or Blade as I’m called by my YouTube Subscribers. I’ve been an anime/manga fan since I was a young kid. In terms of anime I have watched nearly a thousand shows and have read hundreds of manga series. I love writing and honestly was so happy to join Honey’s Anime to get a shot to write articles for such a wonderful site. I’m a firm believer in respect in the anime community being the most important embodiment we should all have. We all love anime and we have varying opinions of series but we should respect one another for those differences! Life is too precious to spend it making needless arguments in a community that should be the shining example of loving an amazing medium. I hope as a writer for Honey’s Anime I can bring you folks some amazing articles to read and enjoy!
Previous Articles
Top 5 Anime by Aaron